Miss Ese Oruru, the 14-year-old girl, who was kidnapped and put in the family way by Kano State-born Yunusa Dahiru, alias Yellow, was yesterday delivered of a baby girl in Yenagoa, the Bayelsa State capital. 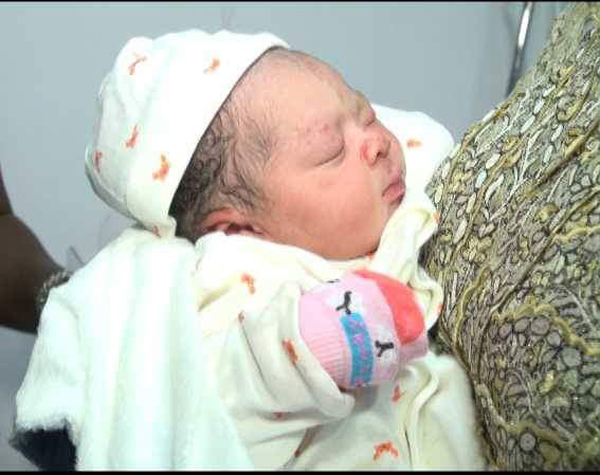 Ese gave birth at the Government House clinic at about 10.15am. Her father, Charles Oruru, who was obviously elated by the development, confirmed that Ese and her baby girl were fine.Ese was in Junior Secondary School when she was allegedly abducted in Bayelsa State last August and taken to Kano where she was converted to lslam and married without the consent of her parents. Following media pressure and public outcry, she was returned to Yenagoa.  Ese’s father said the family was excited about the latest addition to the family, despite the circumstances surrounding her birth. He said the baby and the mother were doing well, adding that the young girl gave birth without much trouble. He said: “Yes, my daughter gave birth in the morning around a quarter past 10. The mother and the child are well. She gave birth to herself (a baby girl). We are very happy that she gave birth safely’’. TheNation reports that Ese’s case is before federal high Court in Yenagoa, where her alleged kidnapper, Dahiru is facing a five-count charge of kidnapping, unlawful carnal knowledge and $exual exploitation of a minor. Dahiru has been in prison custody unable to fulfil the bail conditions slammed by the court headed by Justice Ajiya Nganjiwa.

Check Out 10 Most Expensive Private Jets In The World