With just six weeks to go before the winter window opens in Europe, Goal takes a look at 20 players who could switch clubs in January…

The Norwegian teenager has struggled to make any sort of sporting impact – on or off the pitch – since his high-profile move to the Santiago Bernabeu last winter. There is a possibility Madrid will loan him out in January for first-team experience elsewhere.

One of the stars of La Liga this season, the winger has continued his excellent form from 2014-15 to help Celta into fourth place. Former coach Luis Enrique is a big fan of Nolito but Barcelona would have to spend €25 million to sign him in January.

The Dutchman has endured a torrid 12 months and his summer transfer from Manchester United has resulted in sporadic benchwarming at the Istanbul club. Barcelona are among the clubs who could rejuvenate his career by bringing him on board, though Fenerbahce are insistent he’ll stay.

The Argentine’s contract expires at the end of the season and PSG are desperate to offload him in January for a small fee. Juventus are in discussions to sign the ex-Napoli man and are favourites to acquire him.

Barcelona and Arsenal are among the top tier clubs who have been following the full-back’s progress with interest. The Serie A side’s sporting director insists he’s going nowhere in January but a huge bid could tempt Sa$$uolo to sell.

The goalkeeper joined on a free transfer last season as David de Gea’s deputy, but he has since been shut out of the first team by Louis van Gaal. The Dutchman failed to force him out of Old Trafford in the summer but he is likely to leave in January. 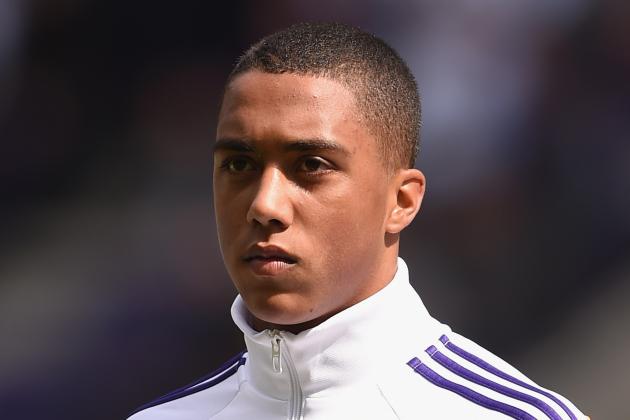 One of the hottest teenage properties in football, the 18-year-old midfielder is being courted by the likes of Manchester United and Paris Saint-Germain. Signing him in January could appeal to a top club eager to avoid a summer scramble for his signature.

Sirigu has only played once for the French champions this season and is eager to move in order to ensure his Italy squad place at Euro 2012. AC Milan are pondering a January transfer bid.

A regular under Jurgen Klopp during Dortmund’s prime a couple of years ago, Subotic has fallen down the pecking order at Signal Iduna Park. The centre-back has been linked with a Klopp reunion at Liverpool.

The midfielder has played just 98 minutes for the Bundesliga title holders in 2015-16 and he could leave Pep Guardiola’s squad in January. Top-four rivals Bayer Leverkusen are the club most likely to sign the 25-year-old.

The ex-Liverpool and Fenerbahce attacker might not be on your radar, but his recent form has been phenomenal. The 35-year-old has scored 12 goals in 14 games so far this season, leading to talk that even Barcelona could bid for him.

Sevilla have been strongly linked with a move for the 25-year-old forward, who has excelled for the Ligue 1 club this campaign. They could face stiff competition from Tottenham in January, however, as more clubs notice the former France Under-21 star’s talent.

The defensive icon, who has captained Mexico at four consecutive World Cup finals, looks set to return to the club where he started his career: Atlas. Since he left the Mexican club he has played for Monaco, Barcelona, New York Red Bulls, Leon and (since 2014) Verona.

The midfield legend only joined the US east coast club in the summer but that hasn’t stopped the rumour mill from turning. Turkish club Antalyaspor – where Samuel Eto’o plays – have offered him €2 million to play eight games for them in the MLS off-season. 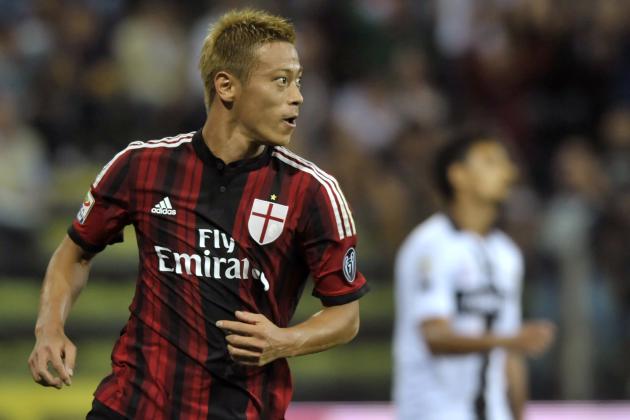 The Italian club are open to selling the Japanese midfielder in January. Valencia, Everton and West Ham are among the sides in contention to sign the ex-CSKA Moscow man, who recently voiced his frustration over being benched at San Siro.

The Serie A side’s president Maurizio Zamparini has slapped a €30 million price tag on the 26-year-old attacking midfielder as talk of a move to Milan intensifies. The Rossoneri could face a battle for his signature if Tottenham and Southampton pursue their interest, though.

The Premier League’s top scorer with 12 goals in 12 appearances, Vardy has been the sensation of the season so far in England. Barcelona and Real Madrid are among the more illustrious clubs linked with the attacker, while Manchester United are considering a €15 million bid.

Some questioned Jose Mourinho’s sanity when he swooped for Falcao in the summer following an awful season at Manchester United, and those doubters have been proven right. The Colombian has continued to struggle and will hope Valencia can end his Premier League misery.

The striker flopped at Fiorentina but has been scoring for fun in Turkey, bagging nine goals in 15 games since his summer switch. His scoring record has led to Manchester United scouting the recently-recalled Germany international ahead of January.

The young, talented centre-back was the subject of intense interest from Chelsea in the final few weeks of the summer transfer window. Though the Blues failed to lure him to Stamford Bridge, Jose Mourinho is keen to rekindle the transfer saga in 2016.

Odion Ighalo Confirms He Wants To Stay At Manchester United

See What a Motorcylcist was Caught Doing on the Road (Photo)