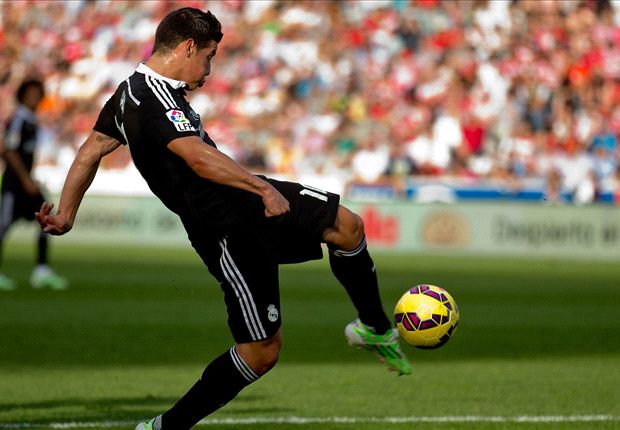 A double from the Colombian, as well as strikes from Cristiano Ronaldo and Karim Benzema, ensured yet another impressive win for Carlo Ancelotti’s side

A wondergoal from James Rodriguez helped Real Madrid to another impressive La Liga victory as they saw off Granada 4-0 on Saturday.

A brilliant start saw Cristiano Ronaldo give the European champions the lead, slotting home after just two minutes, and James added a second with a vicious volley 15 minutes before the break.

Marcelo was denied by the crossbar four minutes later, before James took advantage of a defensive mix-up to poke home a fourth and double his tally as Carlo Ancelotti’s side followed up last weekend’s Clasico triumph in style.

Sergio Aguero Cries As He Quits Football Due to Heart Problem

ASUU Calls For Implementation Of 2009 Agreements With Federal Government